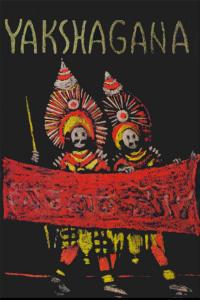 Yakshagana: A Dance Drama of India

Folk culture, the perennial substratum of the sophisticated metropolitan culture, takes many lively and colourful forms. This is particularly true in India. This book is a study of one such expression of the folk culture obtained in South Kanara, India. It is not one of those dry academic studies usually made by foreign scholars. For the authors, the book has been a passionate involvement in a traditional art form YAKSHAGANA. The American authors have put down their experience with the hope that the reader will enjoy an imaginary trip to South Kanara, a walk through the fields and a thrilling night of Yakshagana.

In a lively style, this book brings home to the readers almost everything about this particular form of dance-drama, the music, dance costumes and make-up and impromptu dialogue as well as its literature on which the dramatic themes are based, the rituals performed before, during, and after the drama, the organization of a troupe, the existing troupes, and the training of the performers.

With nineteen four-colour reproductions, twenty-tree black-and-white illustrations and eighteen line drawings, YAKSHAGANA has something to offer to each of its readers. For those trained in music there is the style of singing and rhythms peculiar to Yakshagana. And those who are learned in poetry, religious epics and legends can revel in the beauty of the poetry, and those who have a sense of colour and design can be enchanted by the costumes and make-up. The readers will vicariously experience the intricate steps of the dance, not to be seen in any other Indian dance forms, yet they are characteristically Indian.

Yakshagana, as experienced by the authors, reveals the deeper meanings of the Indian epics and legends through the extempore dialogue of the performers. Their descriptions of the risqué humour of the buffoon and his comic movements come alive before the readers.

Here is a point of departure for more study in new directions, valuable to the students of arts and folk culture, and yet tempting the general readers with its rich fare of aesthetic and intellectual experiences.

YAKSHAGANA is tempting to the booklover in many other ways: The subject of the book has been presented and decorated by one of the famous Indian artists – K.K. Hebbar, and introduced by C. Sivaramamurti, a noted historian and archaeologist whose deep knowledge in inconography has made rich contributions to the study and understanding of the ancient and medieval visual arts in this country.