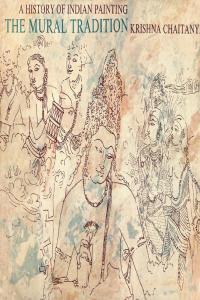 A History of Indian Painting - The Mural Tradition

Indian painting is one of the greatest cultural traditions of the world. Ajanta, the earliest efflorescence, was also a magnificent one, with a parabolic curve of growth and decay that spanned a whole millennium. Impulses from Ajanta radiated afar, to the sea-girt islands in the south and east and to the heartlands of the continent. In subsequent phases, in the emergence of miniature painting for example, India received gifts as generous as those she gave.

Art, like the play of the child and the play of God which creates the world, is a welling up of delight and a narration about it should also share and communicate that delight. But due to various historical reasons, art has been long mixed up with archaeology in India and the layman finds most of the research tomes forbidding. On the other hand, narrations modelled on the idiom of tourist literature insult his intelligence. And in any case, there is no complete, connected narrative of the history of Indian painting available.

This book is an attempt to close the sorry gap. Instead of weighing down the narration, all relevant research data have been melted into its flow, the major images reflected in it being always the great visions of beauty in the tradition.

The present volume covers the mural tradition. The next volume will deal with manuscript, Moghul and Deccani painting.

ONE THE BEGINNINGS
I. Prehistoric Painting
II. Pre-Aryan Painting
III. A Continuous Tradition