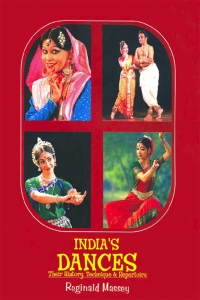 The dances of India are among the oldest dance genres still widely practised today. In recent years they have become increasingly known and appreciated all over the world. This book details the history of the several styles of Indian dance and gives an account of the cultural, religious, social and political factors which influenced their growth and development. There are fascinating side-lights on the etiquette and mores of Indian society. Many of the myths and legends which form the subject matter of the dances are recounted and theories suggested to explain their inspiration and sources.

This is a comprehensive survey for readers who want to relate the classical dances to the broader background of Indian culture. For students, Indian and non- Indian, it provides valuable historic and technical information; and for dance lovers it serves as a guide telling them what to look for in a performance. There is, in addition, an overview of India’s many folk dances. The glossary of terms germane to the different styles is a useful adjunct as is the bibliography.

In the latter part of this book the achievements of leading Delhi-based dancers are recorded and, at the same time, new talent is readily recognised.

Written by an acknowledged authority, India’s Dances is, quite simply, a definitive volume on some of this country’s most enduring contributions to world culture.